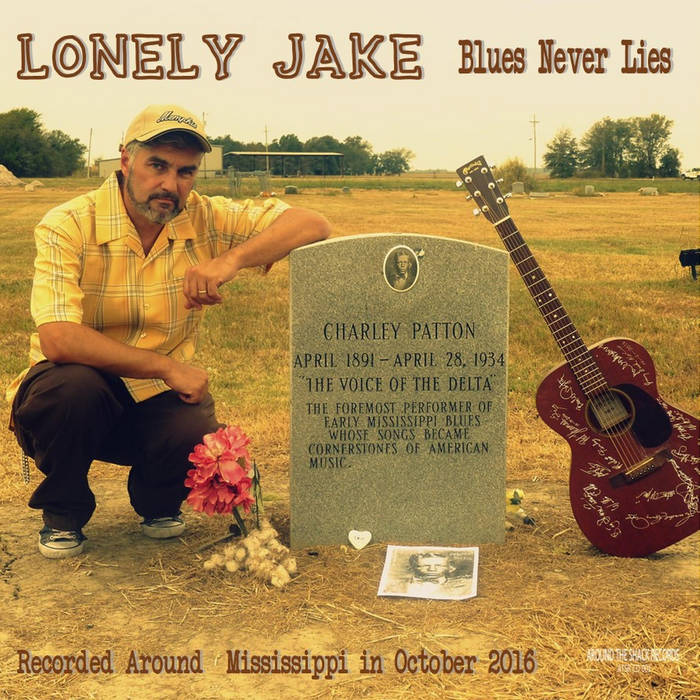 'BLUES NEVER LIES' is a very particular project by JAKE CALYPSO Recorded on the 'Mississippi' roads with just a guitar or harmonica between October 7 and 23th, 2016.
And now it's an upcoming album under the name LONELY JAKE after a long reflection during the lockdown and Covid-19 time.
Something new is born.
Stay tuned.
Upocoming gigs, a facebook page, official videos & this 1st album in a cover in the format of a 45 rpm & maybe with an added DVD including many footages around Missisisippi.

A 2nd guitar, kick or moanin' voice has been added on some songs, sometimes in a hotel room in Mississippi or Tennessee or later in the Jake Calypso Shack.
The crunches are also voluntarily added to recall the 78 we discovered for the first time as well.

Jake was born in North of France in 1964
Hestarted to play Rock'n'Roll at 13.

Then Jake recorded 6 Studio albums.
The new one is 'My Foreign Love' in 2019.

'100 Miles' is a special album around ELVIS

Bandcamp Daily  your guide to the world of Bandcamp